The hand on the genitals isn’t the culprit.  The hand may be doing something forbidden, but the hand is obvious, external.  It is the mind that carries the genesis of sexual life, inhibits us from orgasm or releases us.  Masturbation gets its fire, its life from what is sparked in the mind.  The fingers might move across the clitoris indefinitely without orgasm, only when the mind structures the correct image, a scenario meaningful and powerful to us alone because it carries us up and past all fears of reprisals and into that forbidden, interior world that is our own sexual psyche–only then do we come.

What a cramped, guilt-ridden world we once lived in.  And it wasn’t all that long ago, not so distant that we can’t return, indeed haven’t already started slipping back.

To the contemporary Western mind it sounds mad, a sadistic piece of science fiction.  But clitoridectomies were performed in this country in the early part of the century.  That was your grandmother’s or great-grandmother’s time, when some of the most eminent, celebrated surgeons in the land routinely took knife in hand and skillfully removed various parts of a woman’s genitalia for reasons of insanity, hysteria, and oh yes, hygiene.

In time, clitoridectomies were no longer necessary in this country.  Men found they didn’t have to do anything.  Women had so totally taken in men’s attitudes toward female sexuality that we had come to judge ourselves by their needs.  No Nice Woman would think of touching herself, exploring her sexuality.  The less sexual the woman, the nicer.  Mothers raised their daughters dutifully in the art of sexual avoidance.  Women learned to loathe their genitals.  Sex was not a pleasure but a duty.  That was in your mother’s or grandmother’s time.  Not long ago.  Not long ago at all.

When we lose interest in sex and will not tolerate in others what we once enjoyed ourselves, we are reacting to more than the cautionary voices of our parents;  there is a cultural voice, our heritage that has never been comfortable with sex and has abhorred masturbation in particular.  Whatever popular support for sexual freedom the women in this book knew growing up, the very real, deep-down “feel” of this country, the fiber and character of the people, is modeled on a Calvinist work ethic and an inherent puritanical attitude toward sex.  It would be foolish to think that a few decades of sexual celebration and tolerance could significantly alter our antisexual nature.

There was madness in any direction, at any hour. If not across the Bay, then up the Golden Gate or down 101 to Los Altos or La Honda. . . . You could strike sparks anywhere. There was a fantastic universal sense that whatever we were doing was right, that we were winning. . . .

And that, I think, was the handle—that sense of inevitable victory over the forces of Old and Evil. Not in any mean or military sense; we didn’t need that. Our energy would simply prevail. There was no point in fighting—on our side or theirs. We had all the momentum; we were riding the crest of a high and beautiful wave. . . .

So now, less than five years later, you can go up on a steep hill in Las Vegas and look West, and with the right kind of eyes you can almost see the high-water mark—that place where the wave finally broke and rolled back.”

Fear and Loathing in Las Vegas: A Savage Journey to the Heart of the American Dream 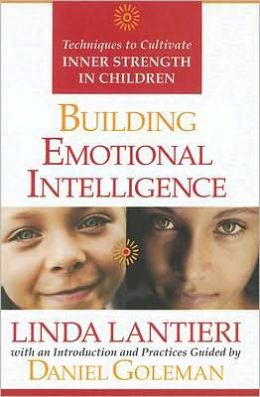